What is CSS & How we write

What is Cascading Style sheets (CSS):

CSS stands for Cascading style sheets and used for give an attractive look of any specific document. Cascading style sheets created and founded in 10 Oct 1994 by Hakon Wium. The disclosure of CSS gave the finest idea to developers to make his developing appearance more attractive. Nowadays, Developers have sturdy control over the CSS. Now the cost of struggle is effective for developers and better than past. 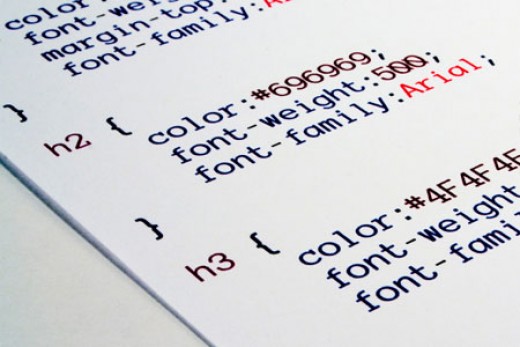 Almost the usage of CSS in hyper text markup language (HTML). Often times, We utilize it in web designing interface. In simple words, CSS give an effective and magnificent look to the web interface. CSS keeps his file in separate CSS files folder, We  just place or use CSS file reference on html head section to utilize it. Before go ahead, You need to care about few things. Before start CSS, you should slightly know about HTML .

CSS designed with more flexibility, Because front file (HTML) and CSS file, Both are located on different places in different folders. But both are connected and enabled to get access with each other. Separation of HTML & CSS establish improvement in coding and makes able to understand. CSS demand is increasing day by day same as HTML . CSS have numerous elements like backgrounds, fonts, layout, width and height etc.

How we Write CSS:

Writing CSS is same like HTML but CSS syntax is changed to html. CSS writing pattern is little bit different because in which we deals with selectors. Selectors express the block of CSS, Which is applies to specific or relevant attribute inside markup HTML file. Usually, CSS selectors .header { font-family:"Arial"; } & #myClass{ }, First selectors defines that, this selector CSS will be applies on site header and secondly selector defines the same thing but refer to another part of markup.

Selectors could be any name like variables, Which we use for reference or attribute inside markup language. See the below CSS syntax and selector example with several CSS elements to understand the entire criteria.

You can write CSS coding inside simple notepad, Otherwise choose best code editors to accomplish own need. After writing code procedure, Now its time to save your CSS file with .css extension like Demo.css.  if you want further counseling with us then please discuss below. 🙂