We can’t overlook the importance of newspaper in our daily routines. The role of print and electronic media is dominating one, in the modern world. In this age of information newspaper is the most powerful tool to express ideas and information. It is a part and parcel of modern life. It is playing its vital role by providing information and creating awareness among the people. 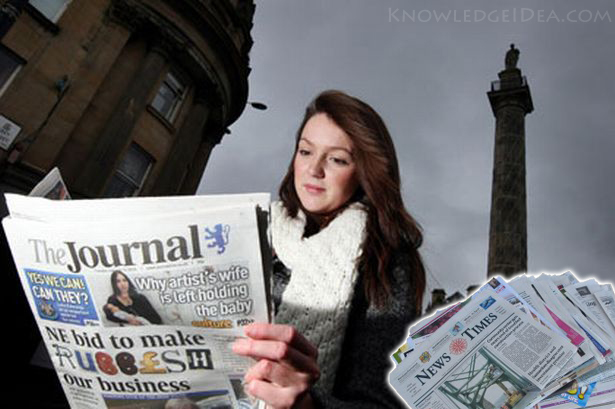 Like all the other things, newspaper has abuses along with its uses. Let us have a bird’s eye view of the various aspects of it.

First we should analyze the positive things regarding newspaper. It keeps us informed about the current affairs of the whole world. In absence of newspaper, we cannot have a true picture of our surroundings. It also enhances our knowledge and broadens our vision. It makes us realize that we are living in a dynamic world of knowledge and learning. Secondly, it is also a source of entertainment. The people, who are fond of sports and games or showbiz, feel a sense of relief through the segments of entertainment, games and showbiz. Advertisements are also a very prominent feature of newspaper. It contain many advertisements, which promote economy activity. In this way, it is serving not only in terms of information and entertainment but also in creating a pro economic atmosphere.

Newspaper has many abuses too. By providing wrong information, it can mislead the people. Newspaper can terrify people by spreading sensationalism. Furthermore, by immoral advertisement and vulgar pictures. It can be a severe danger to the moral values of our society.

Newspaper is also a source of exchanging diverse views regarding diverse things. It can mould the opinion of the masses in positive and negative ways. If newspaper feed the people with wrong views, it can be very disastrous.

By summing up the discussion, we can say that things are not good or bad in their existence. It is the usage of thing, which make it useful or abusive. Its utility cannot be denied. Rather, we need it. Of course newspaper can be a weapon of propagating wrong ideas. However, at the same time, it is a tool of preaching positive thinking too.