Social and Political life in Democracy

Social and Political life in Democracy:

In this article we will disclose to “social and political life in democracy”.There are number of scientific study of society. These studies cover different character or nature of man’s activities. A science which study all human activities, study of society or the way in which society organized is called “Sociology”. Society is build up of thoughts, organization for people who have the same interest & their different groupings. People of society do different activities to survive & developed quickly or to help other people to survive. Social activities might be economic, political or may be linked with concerning beliefs right or wrong behavior. Social science consist on all activities of human beings which they to do survive or live in society. 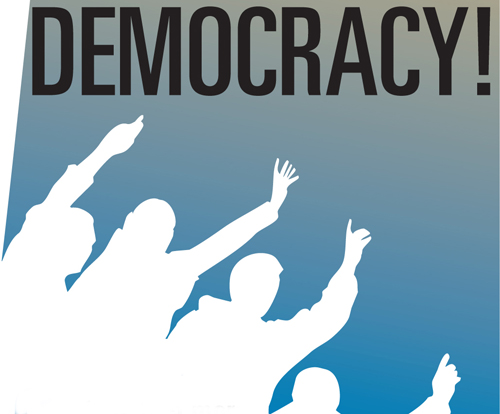 Political science is the study of the way in which political power is required. It is also cover different characters & nature of political activities. Political science is also a science like other science because it also has rules, laws, principles. It is concerned with the relationship of cause & effect. Human beings need society to live without society they cannot fulfill their basic necessities. Society was needed even by old-fashioned people.

When a man gained knowledge by living in well rolled social groups he became better to all unusual one, but his needs on the uncontrolled large amount of means limited his chances of manage difficult circumstances. Human being survived on hunting animals & depends on vegetables. The condition is changed suddenly when people shared things with group of people. They grew plants and established an environment in which they give benefits to each other, these people became farmers & looked after a hard of animals.

They supply food & other necessities with each other toward establishing their higher social organization & culture. But this changed & community required more standardized society than herdsmen & farmers. In this result different kinds of official groups take place human groupings. Changing quickly occur day by day firstly agriculture sector developed later, by industrial sector developed. Gradually knowledge increase day by day & politics makes up different science like philosophy, psychology, sociology, economics etc. But no one can correct science because no one deliberate exact.

Human mind works very fast in beautiful way. Human mind works on a single way to follow. There is no instrument which can measure the human ideas. A human mind has different thoughts which can not drawn in form of graph , but it does not mean that ideas relating to political science cannot be classified as a science. Human beings & society both depend on each other presence. Society allow the people to behave freely & express their thoughts.

Similar areas of large countries is the important political organization of society that look after the ideas & interest of its people. States establish the basic law of society of control the means of rules, behavior & activities of nation. Establishes the government at every level , region, center, districts in the country for its management. The system of law lays down the basic rules of control the behavior between themselves & society.

The system of laws puts limitations on the freedom of the citizens in this return stat give es facilities to its people like social benefits, voting rights, choose leaders which they like best for them etc. Now states further expand its facilities for society, which make their life more comfortable & interesting. Political science is a basic between the stage of social development or successful attempt of a community or a nation-state.

Political organization of a community is based on the forces of change. Political activities of a country change with time. These sciences are important for the success of countries & states.