Self Reliance and Our future Target

Self reliance is the ability to do things & make decisions by yourself without needing other people to help you. Self reliance is not a new concept. It conceptual term self-reliance is strongly feelings & makes life bright but in practical  term. It’s too much complicated, in economic term. Self reliance means that change poor state to wealthy state. According world bank developing reports, the economy of Pakistan has been in opposite direction & the political & social structure should thing about this problem. 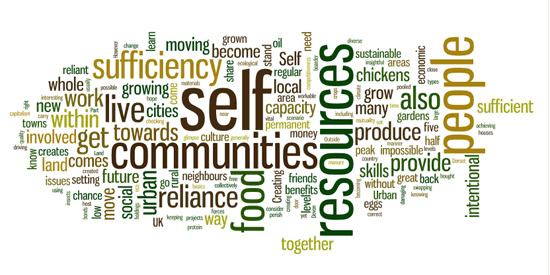 World bank help the developing countries to increase their per capital income. These countries able to cross the line of low-income countries to middle-income countries, But Pakistani’s per capital income condition become more difficult to cross low-income to middle-income. Foreign societies , industries & technological companies taking a part to doing financial help for Pakistan but this help is not real it may be a temporary process. Removal of cold war , end of political beliefs that people are equal in eastern Europe , requirement of those countries to reconstruct economy will have serious impact on the bright future of developing countries also including Pakistan.

For developing countries foreign financial help is an important source of financing their public sector, for short period such countries relayed on their self-reliance to achieved their goals, but existence of such countries base on foreign aids become an important part of our system. This dependence reduces the courage of self-reliance, to control this problem & to succeed over national self-reliance to become a respected independent state require a behavior to change a political system.But due to much problems or challenges developing countries slightly frightened to deal this difficulty.

Main problem of developing countries are increase in growth rate of population, increase in illiteracy rate, wide range of unemployment, unsatisfied environment, poor infrastructure, energy crises, not enough availability of social services, due to such serious problems economy cannot stable with the help of foreign financing.Undesirable resources of public & private sectors for research & development in one another serious problem for developing countries.

Lack of Capital for developing countries:

Lack of capital, technology , mineral resources & foreign control over such countries. Transport & communication sector, research & development sectors are more backward than energy, there is no focused on railway engines , railway tracks is in poor condition, because of such problems. There are the high burden on budget of the federal government.

Some of developing countries are depended on their agriculture sector like Pakistan is an agriculture country, But unfortunately this sector is also backward. Farmers have no enough land for cultivation, they are no familiar with new technology. Lack of machinery is one of the biggest problem for this sector. Many products they import, Which they can be grow agriculture like edible oil, foods grains pulses & also milk manufacturing sector are not producing enough goods due to lack of electricity. These sectors are not generate high profit, Which can change economic condition.

Pakistan has good mineral resources also has good climate for the growth of different types of crops, but unfortunately due to lack of technology & lack of knowledge, they can’t produce high profit. Improvement in taxation system also required.

Self reliance means self-supporting. Self supporting is a self-employment, Which can fight against poverty, unemployment & educate our nation specially youth. Father of our nation Quaid-e-Azam said,

It is my beliefs that our salvation lies in following golden principles of conduct set for us by our great law-giver the prophet of Islam. Quaid-e-Azam

We should convert dream of our Quaid into reality, not by reliance on foreign aids, Should work hard for the shinning future of our country.