Life after death in Islam

This is very important question for discussion that whether there is life after death. Science does not handle this question because its only deals with numbers, figures, research and data. We cannot leave this question under the law of science. Today everyone link with science and technology. Only Islam elaborates the importance of life after death. 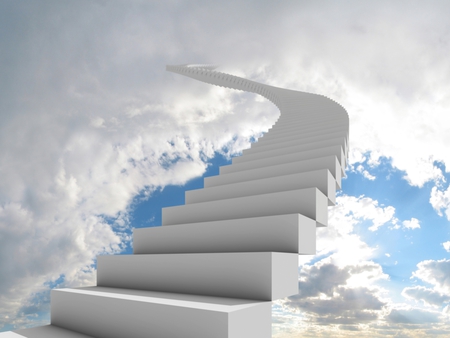 Life after death in Islam:

Everything which comes in the world must be met with his Allah (God).Every life must be bound to taste of death. Allah the prophet of Allah suggested their people of ummah for the pray of Allah and to had faith in the life after the death. No one can deny this reality because this life of the world is temporary. Allah makes the men able to understand values, beliefs, set his ideas and make his decision according to Islam. Allah gives the outline of perfect life through his prophets for the success of people. That is why, They called their people to accept the existence of Allah almighty. When many people refuse the happening of life after death. Then Allah expose this reality with logical statement by Quran.

Only Allah who is the great creator of all things. Which are in the earth or on the sky. Allah create his creation for his worship & for the day, when we all would be gathered at a place after our death, this day is called day of judgment. When a men died then his next life start. This life start from grave to the day of judgment. Allah gives us this life nor for only enjoyment neither for only to doing work, The main purpose of this life to realize our selves. We are not come for only the worship of Allah, We must fulfill the rights of Allah, rights of men, which are compulsory for our success.

The disbeliever’s have no strong basis for their wrong statements of life after death. It s only based on information that is not certain.

A day will be must come , when all things of universe will be completely ruined & will not exist any more. Then again all the dead will appeared to stand before Allah. This day of judgment never comes to end. Allah will be give Jannah/Paradise/Heaven to those people, who did goods deeds and throw out those people in hell, who did evil deeds. At the day of judgment Allah show his kindness on those, who spent their lives for the happiness of Allah. Those people will be depressed, who wasted their lives & became the salves of their wishes or desires.

Until, When death comes unto on me of them, he says , My Lord send me back, that I may do right in that which I have left behind ! But nay! It is but a word that he speaks and behind them in a barrier until the day when they are raised. And the trumpet is blown there will be no kinship among them that day, Nor will they ask of one another. Then those whose scales are heavy, they are successful. And those whose scales are light are those who lose their souls in hell abiding the fire burns their faces & they are glum therein (23:99-104)

Allah is too much most merciful and most gracious give time to his creature in their lives for Tobbah and blessed them. But who don’t want to get benefits from this great opportunity then they are failed in their lives.