Google Allo vs other Messengers 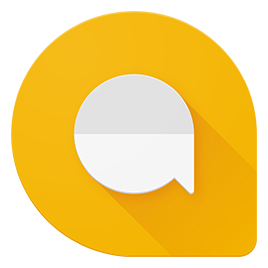 Google messenger Allo is officially out now and available for download on play store and apple store since 21 of September 2016. Google Allo is not replacement of hangouts but it is standalone messenger which has been launched to beat the messengers such as Facebook messenger and whats app. It is hoped that it would bring new excitement as it has Google assistant none the less other messengers which is distinguishing feature.

Feature which other Messenger Doesn’t have:

Now, would Allo be successful in beating other already popular messengers such as Facebook messenger and whats app. Where Allo differs among all popular messaging apps is its ability to reply on behalf of the user. It also has a Google assistant chat bot which is another Google machine learning product.

Google assistant will be there while it is installed for user to play with it. Google Assistant can search through internet and make useful suggestions. This assistant can learn behavior of the user overtime build greater understanding. Because of this with time understanding, it can provide more appropriate suggestions. This virtual assistant of Google Allo can provide directions, popular news, weather and flight timings as well.

Google intends that often users have to pause their conversation to check their flights or other notifications. So they present a messaging app such as Google Allo which would keep user updated with the suggestions while keep chatting on the go. User can call Google assistant anywhere in the conversation with a friend.

User can ask any question to Google assistant I separate private string such as “what is hot in news” or “how will be weather today?”. User can actually talk to Allo instead of just typing and getting the reply. Google says that Google assistant in Allo is part of the advanced virtual AI assistant which can answer any question within a chat string. Allo gives suggestion each time it replies. Each reply is manual to next question for the user.

How to Set it Up?

Google Allo is not yet available on web or desktop but Google intends to expand it over other platforms soon. User cannot use same Allo account on multiple devices. Initially, Google Assistant is just available in English but it will gradually cover other languages also.  Google Allo account can be set up by providing phone number and getting it verified by code received via an automated message. Google account is not required to set it up. It is up to user’s if he wishes to associate his Google account with it or keep it separate. This sign up feature similar to other chat soft wares like FB messenger and whats app.

Google Allo does not have a separate contact list instead it sweeps through mobile phone’s contact list. User having Allo would appear on the top and rest of contact list would appear after them as invite list. If any contact does not have Allo he would receive a text message with sender’s name and a link to download the app whether he is iOS or android user. These features are pretty much similar to whats app but interesting thing Allo have is; if user does not want to install Allo, he can simply reply the text message.

Another new feature of Google Allo is, android user who does not have Allo would get direct android notification instead of getting it into android message app. Users who have Google Allo would need to give access contact permission to let it get contact list so that group chat could be started.

Google Allo can suggest user automated replies to save user time when on the move. These suggested messages are part of its machine learning ability. It grasp user language response so that it could suggest reply in future which none of the messenger possess available in app store. Google Allo also can send response with small or large font size set by user. 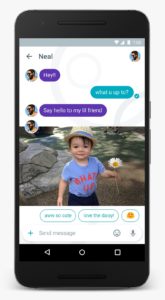 Google Allo also have image recognition API attached which can distinguish between a human or an animal in the picture to suggest the response accordingly. User can also play with the images by resizing them.

Google Allo definitely have exciting new feature which other traditional chat soft wares lack. Though it is not replacement of “hangouts” yet it is expected that it would not get similar response as hangouts which got did not became much popular. Google must have some strategy to grab user attention who are already using other messengers such Facebook messenger and whats app and they are happy with them. It is yet to be seen that how many people install it as Facebook messenger and whats app are used by billions of users. Its availability on both platforms android and iOS, is its advantage over iMessenger as Allo is not first attempt of Google as messenger.

Hello sir. i am watching all your tutorials these are really very helpful i am new to seo and trying to polish my skills . your way of conveying knowledge is extra ordinary your hard work can be seen in your given tutorials you have clearly explained each and every point i have also watched other teacher’s tutorials but your’s are best of those … i can’t explain how much i am glad to have your site am really need of this .. You are delivering your all knowledge to other’s not every person do this. in a very short… Read more »

Thank you for your precious feedback!