Do you know? Which one is most reliable and high paying ad network between Google AdSense Vs Media.net. We will discuss that what are the difference exist in both platforms and will also talk about both pros and cons.

Probably you already will be acquainted with both of them ad networks. Google AdSense Vs Media.net, tough competition exist among them. Google introduce AdSense program 18 June 2003, when it was new for every one. Forever AdSense be the first priority and choice of all bloggers and webmasters. 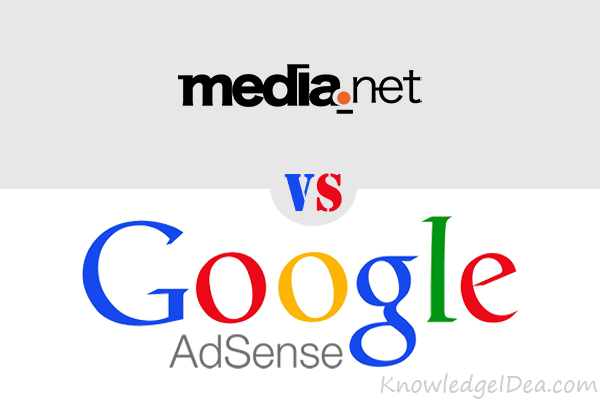 Let’s start distinguish among both of them.

Google AdSense is a publisher ad network, where Google offers to every webmaster to monetize their websites with their advertisements. Google provides multiple types of ads include banners ads, text ads, link ads, mobility ads and video ad units. There are different types of ads with different sizes.

I have some snapshots of my past experience with AdSense, let’s see,

As you can see in the above Google AdSense 7 days report, paying results are pretty good. 27 Sep 1,125 impression /11 Clicks and earning $1.33 which is great because we are receiving 35% traffic from India that is why $1.33 is enough according to Indian CPC, Watch List of AdSense Highest Paying CPC Countries.

The huge benefit of Google AdSense is his revenue which is always higher than all other ad networks. Unlike that is not an easy task to get an approved Google AdSense account, especially Asian countries include India, Pakistan, China and Bangladesh. Read 13 things to Do before applying Google AdSense Account.

As we discussed above that Media.net powered by Yahoo and Bing. Media.net considered as the another spectacular ad network after AdSense and their paying results comparatively low. Media.net is a contextual text ad network not banners.

Review the below snapshot and analyze the earning and impression.

In the above Media.net 8 days earning report, I do not found media.net worthy than AdSense.  Because both receiving same countries traffic and also same impressions per day but results are opposite to each other.

I can understand that media.net demands large numbers of impressions but price set for one thousand impression like 1000 impression = $1 at least but they are not paying much good anymore like AdSense. Yet I have 4 month passed away, when I was got approval from media.net.

Sometimes media.net pay good but after sometime not instantly like AdSense, personally I rate media.net 3 out of 5 according to my perception and experience. In cons, getting an approval from media.net is harder than AdSense because until you have not received good amount of page impression till that time they will not approve your account. Read How to Get Media.net Approval Fast (Yahoo Ads).

Let us know, if you find this empirical article useful for your future journey. If you like it then share it with your friends unlike if you have any question related to this topic then you leave your comment below and also can join me on our community forum.