Economics a tool Of suppression

Economics a tool Of suppression:

In our society many people have habits to upsetting or annoying the other people, such people have antisocial habits. When the political & legal system of a country such as to choice of such people then all economic condition would collapse because all organization do illegal work because of force. Economy of a country under the threatens of such personalities. 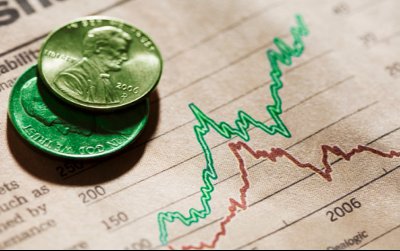 Anti – social characters become a serious problem for society, In this society economics is one of the major problem. Anti-social nature people have been making a net to make complicated economic situation for the societies by using wrong interpretations, which result ends of socialism. Today such anti-social elements make economic to be blunt.

Understanding of economics is a prerequisite for achieving total freedom in the society:

For the getting freedom in the society economics is important to understand. Today everyone face the problems, number of problems are increase in society as time goes. Everyone trying to find the answer of such question: How can i Live ? But answer of this question can be easily found by understanding the concept of “Economics”.

Economics is the way in which money, industry & trade are organized in a society. Anyone can easily understand the basic principles of economics but unfortunately with the increase in the number of men, broad stature of government, big group of banks, see it very helpful to make it unknown for other. This is very ought to be ashamed himself. They do it for their selves & deny many other people.

Nine-tenths of life depend on economics & remaining one-tenth based on social or political, if anti-social personalities freely move in the world then they make people unhappy.

Capitalism destroy the economy of any country. In this system society based on interest by loaning from financial institutions. Capitalism is a system in which property, business & industry are own by private individuals & not by the state.

Capitalism destroy all system of country, this system had no energy & liveliness people not take active part in economy activities. Society system totally consist on mortgage & did not run its activities cleverly. When people take loan from financial & other institutions they pay interest on such loan, but when the failed to run their business successfully than they can’t pay interest as well as amount of loan or when they run business successfully then profit of the business is taxed each year. So, that business man is not able to renew its machinery, increase its capital, expand the scope of his business. World gets poorer in capitalism system.

Communism is an illegal attempt by a group to people to change country’s political system. It fights against the capitalism by become the system which based on the principles of capitalism.  Socialism is an other concept it is the set of people who are the member of political parties. This group of people create a system in which everyone has a n equal opportunity to get benefits from country’s resources. In this system main industries of a country owned by the state. We can decide about the economics that,

It’s up to state, what concept choose for society. No subject itself has bad effect but misuses of the subject, which create trouble. In the developing countries in some areas poverty rate is very high, mothers commit suicide because of the price of bread, rent & wages can’t fulfill their needs, ratio of poverty is increase due to wrong circulation of money, Which cause “inflation & deflation”.

An inflation is increase in the price of goods & services in a country. A deflation is a reduction in economic activity that leads to lower level of industrial output , employment, investment, trade, profit & prices. No one economist & philosopher find the solution of economic problems.